PATERNITY ESTABLISHMENT IS NEEDED WHEN THERE IS A CHILD THAT WAS BORN DURING A MARRIAGE BUT NOT OF THE MARRIAGE OR WHEN A CHILD IS BORN FROM AN UNMARRIED COUPLE. 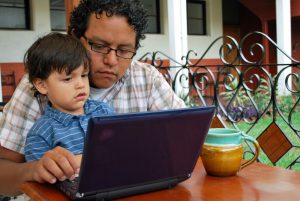 The first step is resolving the dispute legally, which is also known as Adjudication.

In paternity establishment cases, the court makes orders that state who the child’s legal parents are. In Texas, if a child is born during a marriage, the law assumes that the husband is the father of the child. Things become complicated if a party had a child during the marriage but not of the marriage (i.e. had a child with someone that was not their husband or wife during the marriage). There is no law assuming parentage for unmarried parents. Thus, parentage of their child needs to be established.

In said situation, there are a series of steps that must be followed in order to remove the presumption of paternity, from the Husband, and obtain an adjudication of paternity with the biological father (not the husband). In most cases, the Court will order DNA testing to confirm paternity, prior to adjudicating a father.

Once a paternity has been adjudicated, the father’s name may be included on the child’s birth certificate (if not already there). Moreover, the father will have all the rights and responsibilities of a parent.

Thus, if the parents do not live together, it is essential that they obtain an Order establishing each of the clauses addressed above.